Display JFrame relative to elements on other main JFrame

You can for example imagine you were asked to re-invent dropdown menu. The right way to do that seems to make JFrame and display it when certain element is clicked. Such JFrame would be undecorated. I'm doing just this. My program wants to allow user to click on image (which represents something) and select from other images available.

So I made such JFrame:

And I display it from JButton:

As you can see, the position I set isn't set relative to the button or the frame: 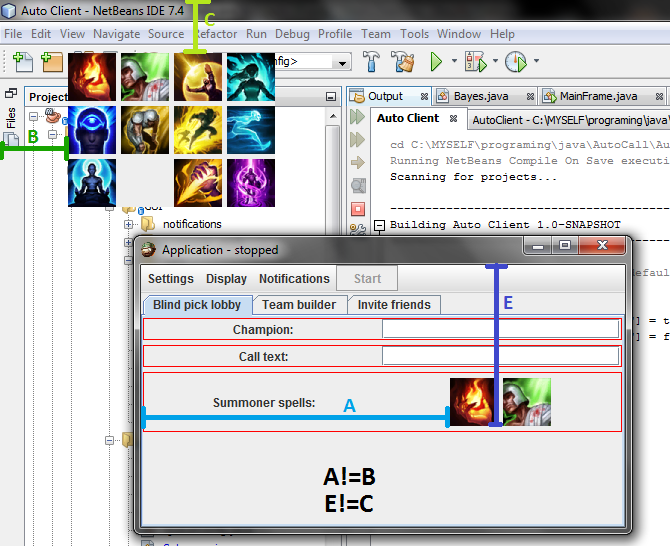 It should be noted, however, that the arguments I send to setLocation are accepted, but just wrongly interpreted.

My question therefore is: How to spawn a new object (JFrame or something else) that can contain JComponent, appear over the window or even extend over the window and keep relative position to the window (or some element)?

This is what I want to display: 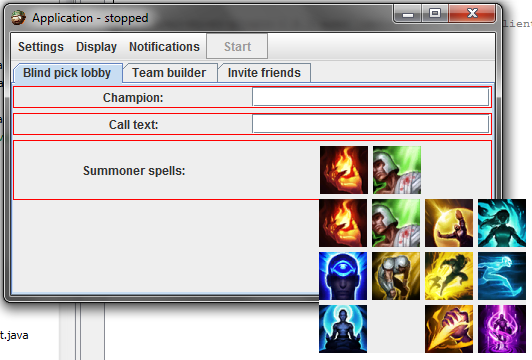 How to spawn a new object (JFrame or something else

Don't use a JFrame. A child window should (probably) be a JDialog with the JFrame as the owner.

that the arguments I send to setLocation are accepted, but just wrongly interpreted.

Get the min and max value of several items with Comparable

Iterating over a map and putting its values in java

A beginner questions about printf, java

I'm sad that this question hasn't been answered, and upon that, I can't upvote it from it's -8 cause I don't have enough reputation. It seems downvoting is getting too unwarranted here. OP is just looking for an answer, which can be answered here and found online, he has tried...