I haven’t been able to pinpoint the cause of an issue i’m having , regarding our company project.

I have notice that in all the auto layout views in the project , the views that appear to be attached to a specific side in interface builder, are presented on the opposite side after the build.

I.e when i am adding a view to a storyboard view controller, than creating an horizontal space constraint to it’s superview leading margin (left side) it appears ok on interface builder and the preview, but after the build, it appears to be inverted on simulator/device , the view has the same horizontal space but to the opposite side ( right side on this example).

I spend hours to figure out what cause this invert with out any success (the issue happens only in our project), i even tried to change the project definitions according to a new one.

I’ll appreciate if you will be able to help me on this matter.

I'am adding the screenshot of the view in interface builder, the preview and the simulator 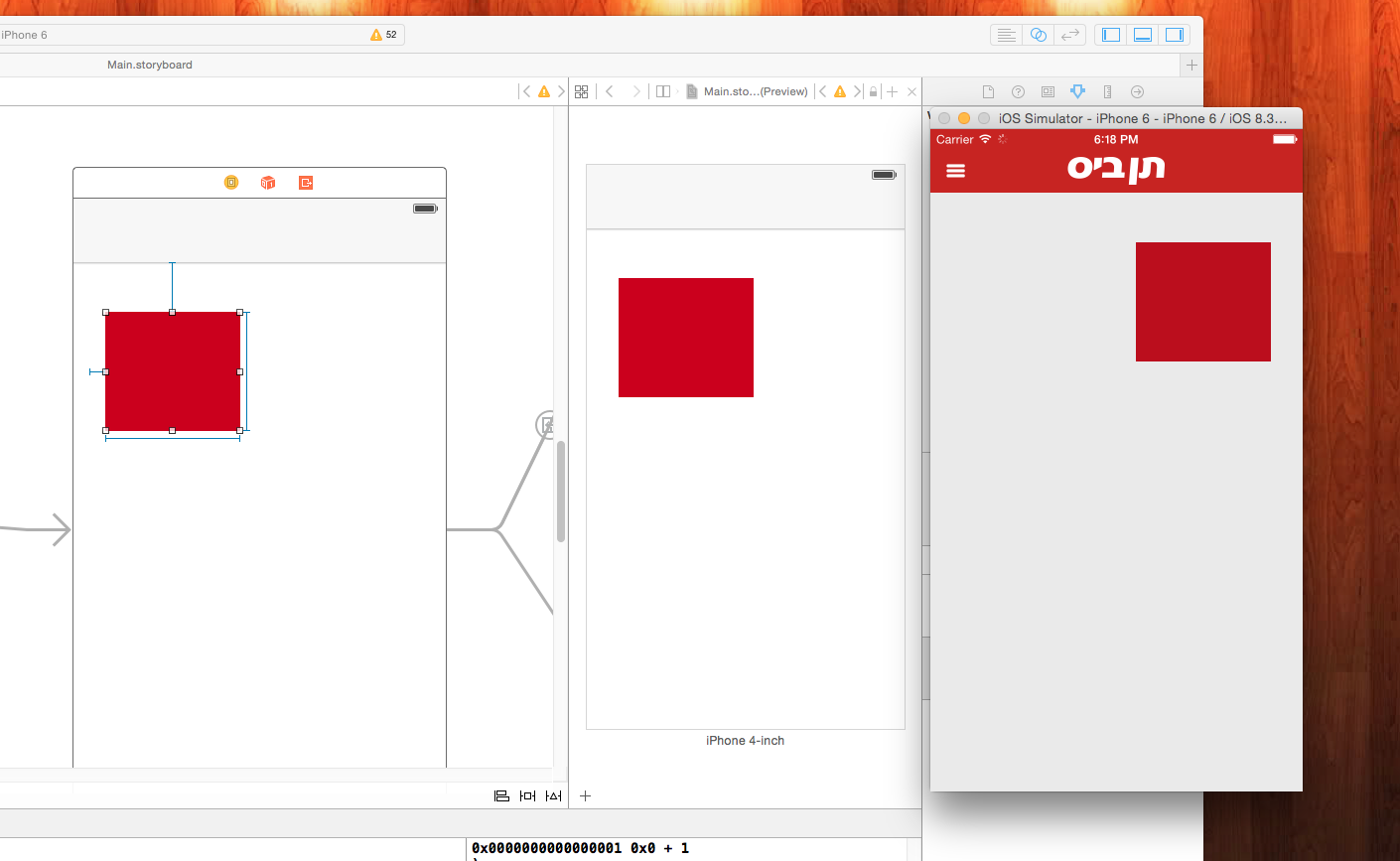 There are two kinds of horizontal constraint — universal and language-bound.

This distinction is drawn in Interface Builder with the "Respect language direction" menu item; to get the universal Left-Right constraints, uncheck it: 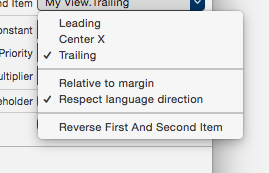 Why doesn't a UITableView scroll until I have 2 additional rows?

UIScrollView (from which UITableView inherits) has a alwaysBounceVertical property. If you set this to true, either in code or Storyboard, the table view will be vertically 'scrollable' regardless of how many rows it has.

If you look at the method you have defined in Objective C image category, it is instance method and you are trying to call it using UIImage class in swift. You can basically use either one of the following two approaches, Either, self.backgroundImageView.image = self.someImage.applyDarkEffect() // notice the method does...

iOS 9 has made a small change to the handling of URL scheme. You must whitelist the url's that your app will call out to using the LSApplicationQueriesSchemes key in your Info.plist. Please see post here: http://awkwardhare.com/post/121196006730/quick-take-on-ios-9-url-scheme-changes The main conclusion is that: If you call the “canOpenURL” method on a...

How to do a “show (e.g Push)” segue programatically without animation?